It takes some rather special functions to be suited for survival, the system I’ve been banking on, but after buying it, although a very unique system.

While working great for power outages, power shortages, and help to save on you’re power bill it’s an outstanding device but there are some outstanding issues, for surviving.

The Freedom Electricity System. but you’ve got to have a small amount of electricity to get it to work it’s not much probably, a car and an AC converter, and there are moving parts I’m not for this.

Put’s Worries In The Wrong Place, Not Survival;

Because I need to be worried about survival I don’t need to be worrying about this generator wearing out but for around the house, you’re probably not going to beat it.

Then I came across this unique system, now on this one, I’d really want to make sure there’s a money-back guarantee, why? oh hear gather you’re own opinion it’s the. Ground power system.

If this thing works it’s the ultimate, but I have my dought’s this is the reason for the money-back guarantee, I’m 65 years old and have stuck a lot of things in the ground.

From tent stakes to drilling steems and I have yet to get even a small tingle of a shock, looks as if you drive some steaks in the ground.

I don’t know but I wasn’t impressed so I just kinda looked it over that’s the same for all of these systems.

There are at least 5 more and I’ll be glad to leave links at the end of my post, but this isn’t the reason for this post.

It’s letting you know about the  “BACKYARD REVOLUTION” that I have stumbled across, and I believe it has all the traits.

Of being a great survival power source, and yes there are survival criteria for power sources, it has special traits.

It’s like this thing is constructed out of a light wooden frame with a series of small solar panels mounted at angles.

Where they reflect on each other harnessing all the power their larger brothers lose, there aren’t any moving parts.

And it starts producing electricity seconds after setting it up if you got a home to be in and the power is Ok, guess what the power company is going to be sending you a check.

Now, this is what you call a win, win situation.

All Of Us Aren’t Going To Be That Lucky;

There is a very high risk of you’re home being Burnt Down, Blown Down, or Taken over, damn just going primitive camping.

You know, the ones that there isn’t any power furnished, it doesn’t matter what happens, if you sleep away from HOME you’re practicing for survival.

So I think the  “BACKYARD REVOLUTION”  is a very important tool have, that you can carry with you,  in a pack or the trunk of your car, strapped to your Harley or 4 wheeler.

Damn man the ideas just keep swimming around in my 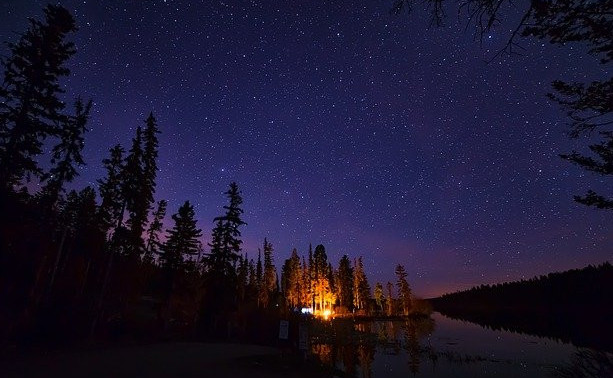 Every Thing You Need;

Whatever the case is, you’re out of your home, everything you need is in the trunk of your vehicle, yes right along with you’re

“BACKYARD REVOLUTION”, tent, you pretty much everything you’ll need for a long-ass camping trip.

Probably looking for a primitive campsite because why, well it’s because you have your  “BACKYARD REVOLUTION”  power system.

Now, you find this nice flat area right off the road about 100 yards, out in the middle of nowhere by this beautiful little stream.

Check it out, with this  “BACKYARD REVOLUTION”, and a group of you in a small colony say 4 or more you could pack split this thing up evenly between you, and have electricity anywhere you want.

You know on my journey of trying to find that perfect Survival / Camping power source, I have located some pretty cool systems.

Now, most of the power systems are great, if you’ve got the house and everything is working fine but your electric bill is too high.

And you need to subsidize that high electric bill, by all means necessary, check these out.

But I’m telling you the  “BACKYARD REVOLUTION”  system is the best of the rest.

Hear Check these out if you want to;

6 Ground Power, Ok now I want you to take careful notice of this one, know as a kid I stuck to steel rods, along with other things in the ground.

And I didn’t feel anything like an electrical tingle, and as an adult, I did directional boring with steel drill steams and nothing, so I have my doughts check it out and tell me what you think I wouldn’t trust it.

Anyway, here’s that list of all the alternate power sources I found, while exploring for this post, I even changed my approved system.

From the Freedom Electricity System to “BACKYARD REVOLUTION”  this is the best in my eyes.

I’ve tried to explain that survival procedures and camping procedures are basically the same animals, just one pumps adrenalin, better than the other.

I let you know, that there is more than one way to get unconventional electricity, but there is only one, one of the best survival electrical sources.

And it is the “BACKYARD REVOLUTION” it’s light, portable, and very quick to start supplying power,  it has no moving parts, there is no electricity needed to start its functions.

Unlike the Freedom Electricity System, it has moving parts to wear out, and you have to plug it in to begin its generator’s rotation, this makes this not such a good  DIY Survival Energy System.

4 thoughts on Survival Power Source-survive more pleasant than most.